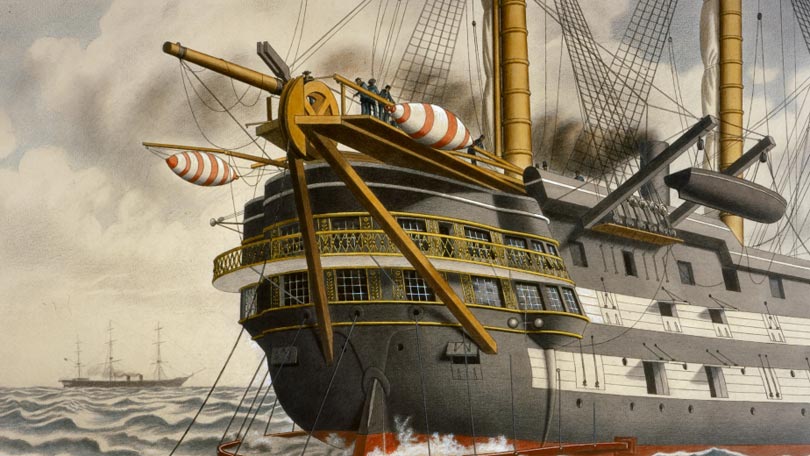 They started manufacturing the cable in early 1857 and finished it in July. The cables were carried by the Niagra, an American ship, and the Agamemnon, a British Ship, from either side of the Atlantic. They started at Valentina Harbor on August 5th. The first couple of days were fine but after 6 days there was a mistake in the brake that was supposed to limit how fast the cable would descend, causing the cable to snap. The next attempt started in June 1858. The two ships met successfully together in the middle of the ocean, but when they tried to connect the cables it broke. The next time they tried they were able to splice it together, but it broke again. They tried a fourth time but only reached 146 miles between the ships before it broke again. After this, they had lost a considerable sum of their cable but they were determined to try one last time.

They set out a final attempt on July 29th. They had an easier time on this attempt and were able to successfully join the two continents on August 5th. The first official message that was sent was, “Glory to God in the highest, and on Earth, peace, good will to men.” This message took a total of 17 hours and 40 minutes to transmit. After this, they start to use higher voltages. This, unknowingly, put massive strain on the cable causing it to break 3 weeks later. Seven years passed before the next attempt for the cable would be made, in July 1865. This time there would be only one vessel. The ship was able to lay 12,000 miles of cable before the cable snapped. Many attempts were made to try and recover the broken end of the cable. All these attempts, however, failed.

The final cable was sent out,  on the Great Eastern vessel, with more than enough cable. From what they learned from previous failures, the cable was laid with ease. The final total length was just under 2,000 miles. People all over the world were shocked. These cables have greatly increased worldwide trade exponentially, and made all things cross-continental vastly cheaper, and more accessible.

Map of the different attepts to lay the Transatlantic Cable

“[The cable was] an additional link between the nations whose friendship is founded on their common interest and reciprocal esteem.”~ Queen Victoria