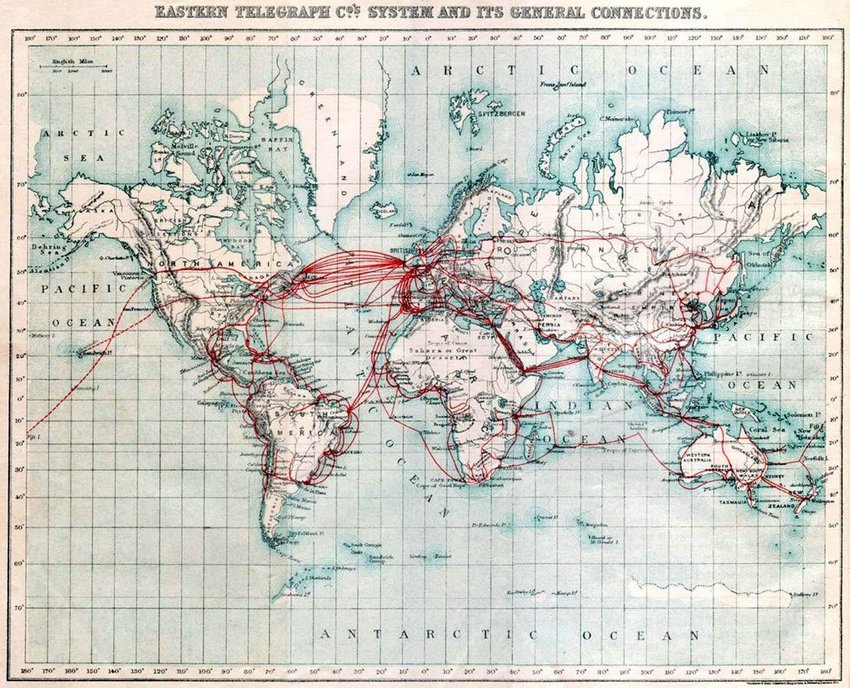 The Transatlantic Telegraph Cable changed the world in many ways, not only by making communication faster and more efficient, it also paved the way for future technologies such as wireless communication including radios and modern smart phones, leaving a lasting impact on the world.

One of the many ways the cable impacted the world was providing jobs for people to operate the cable and making repairs on it. The cable also brought in lots of money as sending one word costs around 10$ when it originally was constructed.

This new development in communication technology drove people to want wireless communication as soon as possible even though the cable is a wire. People realized how quick and efficient communication could now be.

The cables created led the way for more modern communication technology such as transmitting voices over cables instead of having to send letters to form words which was much slower whereas transmitting noises reduced the time it took to communicate and eventually led to many forms of today's technologies such as phones and speakers.

Even though some people were against it saying, "Ten days bring us the mails from Europe. What need is there for scraps of news in ten minutes," meaning that since it was so expensive they couldn't send long messages. But when sending messages over the cable got cheaper, these arguments died off.

Overall the Transatlantic Telegraph Cable had a lasting impact and significance which influenced most of the long range communication technology that we use today.​​​​​​

Video of all the undersea internet cables today.